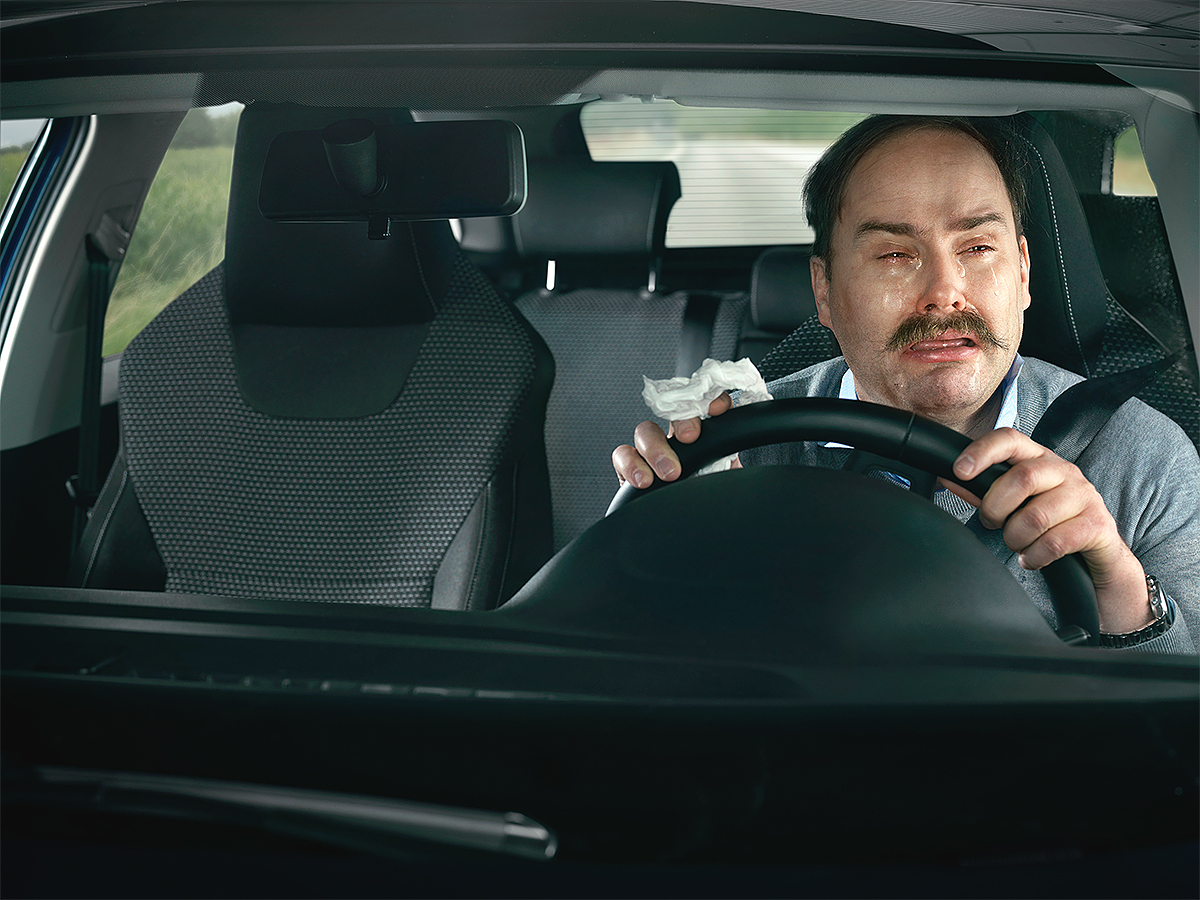 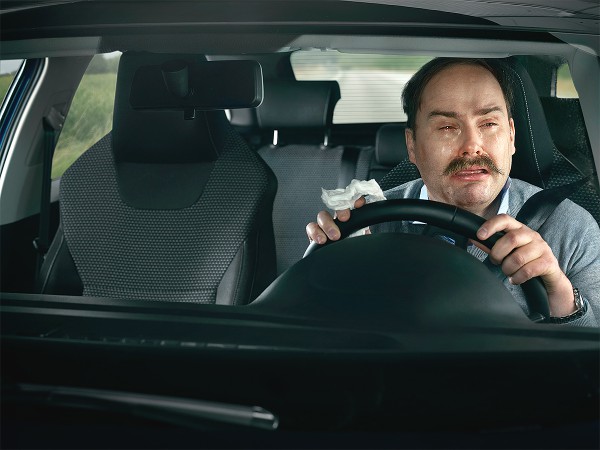 There are those commisions where you simply don’t have months of planning. A tuesday in february advertisement agency Plakat got in touch with me and needed a picture delivered by friday. Together with my digital tech Johan Norström and stylist Pia Johansson i took the bull by its horns and delivered this image. 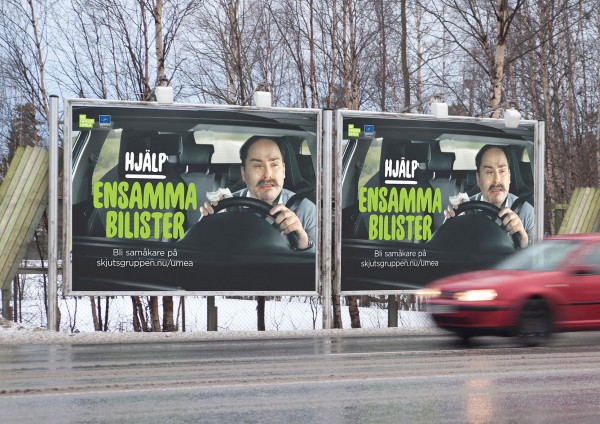 The mission was to make people aware of the new website the goverment opened for car pooling. The idea was to show people how boring it is to travel on your own by car. The picture was going to be used during spring, summer and fall. So one of the challenges was to create the feeling of summer, even if the picture was shot in the blizzards of february. We decided to shoot the image in the studio and add the background in post. We rented a studio big enough to drive the car in to it and lit it as if it was a spring day. 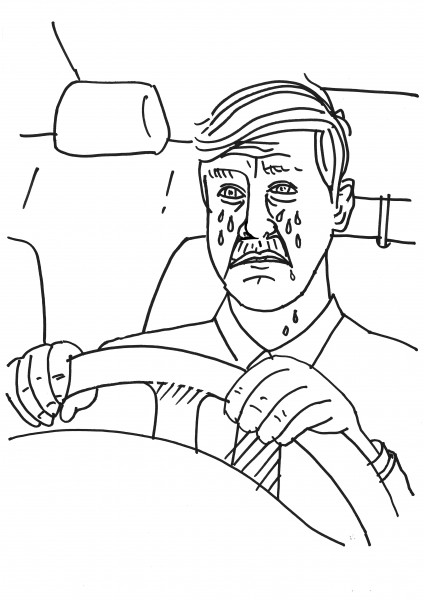 Plakat provided me with a sketch on how they wanted the layout and angle. The model Johan did such a fenomenal job bringing tears to life and making sad faces. To date i’ve never laughed so much during a photo shoot as i did. 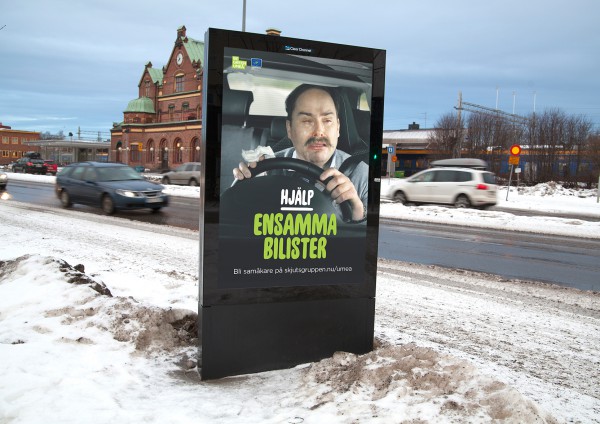 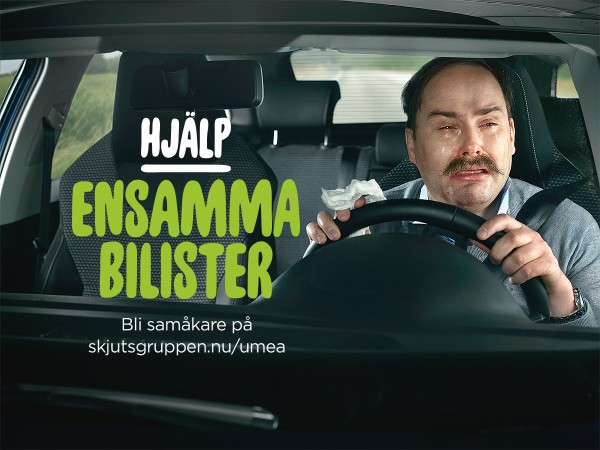 A short behind the scenes clip can be viewed below: